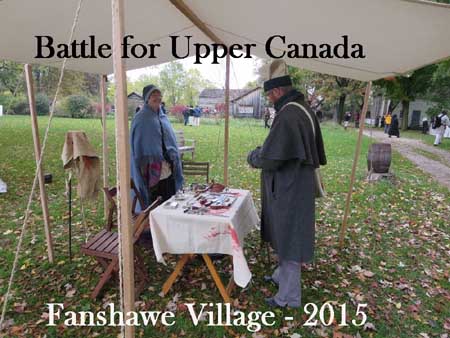 Unfortunately many of our members were otherwise occupied and could not make it to Fanshawe - The Battle for Upper Canada this weekend.  We did however, have some of our gunners and our surgeon and his nurse on site. All reports from our members attending, are that the event was very successful once again!


As usual, one of our Campfollower-cams was  busy and captured some images of the battles and camp life. Thanks Doreen! 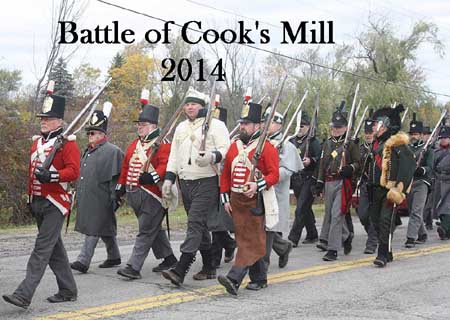 The Battle of Cook’s Mill was the last official War of 1812 Bicentennial Event in Canada.  The organizers from Fort Erie, took on this project and produced a gem.  Our Incorporated Militia played a minor role as many members had other commitments this past weekend.  Those attending let us know, despite the cool weather, that we missed a great time!