The Battle of Stoney Creek – Hamilton 2019 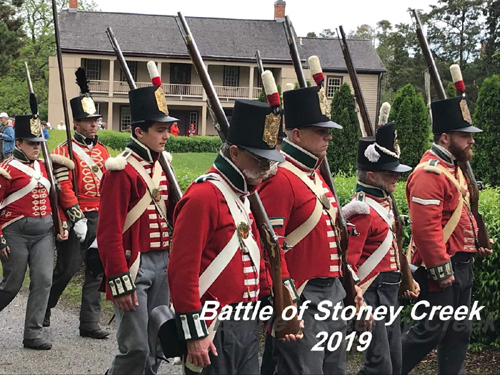 Kudos to the organizers at Stoney Creek, a perennial favoured event for IMUC and now for IMAC! Both of our units participate in the battles and IMAC was there for the Education Day as well. Pictures c/o Liz, Nancy, Barry and Darlene have been added to several of our people found on Facebook!They can be found at...
https://www.flickr.com/photos/10209916@N05/albums/72157708884331143

Nelles Manor – June 8, 2019 - Commemoration of the Engagement at The Forty! 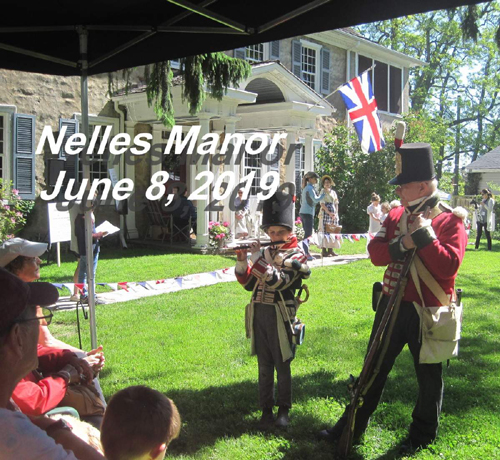 “Originally built by Colonel Robert Nelles, the manor, in Grimsby Ontario, was built in stages. The house went through a number of renovations over the last two centuries. The Nelles family remained wealthy throughout the early 19th century and a number of “upgrades” and changes were undertaken on the house in the 1820- 1860 period.”

This weekend, “The Manor” commemorated the Engagement at The Forty with dignitaries from the real Lincoln Welland Regiment, The Fort George Fife and Drums, The Lincoln Militia, US Regular Forces. IMUC, IMAC and our Campfollowers. Ross Stone’s travelling museum and Dr. Dunfore our surgeon, were in attendance on Sutlers’ Row. Kate and Darlene animated the period kitchen for the entire day!

Other local historians and artisans also were present including Forty Mile Creek Distillery!. The weather cooperated and the public was dually impressed!

The Nelles Manor site is found at http://nellesmanor.ca/ 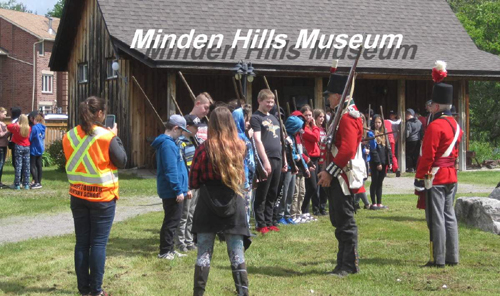 One of our (IMUC, IMAC, The Campfollowers) favourite activities is to participate in Education Days at Museums and Historical sites.  On Friday we were the guests of the Minden Hills Museum and Heritage Village and helped set up a series of stations for the Local school in Minden, Archie Stouffer Elementary School.  Sessions included “ Women’s Work, Period Drill and Manual of Arms, Tin Smithing, Role of the Artillery, English Country Dancing, and Weapons and Tools Of The Period. After a night of rain, the sun came out just before the first group of students arrived!

Special thanks to the Sophie-cam for many of the pictures! 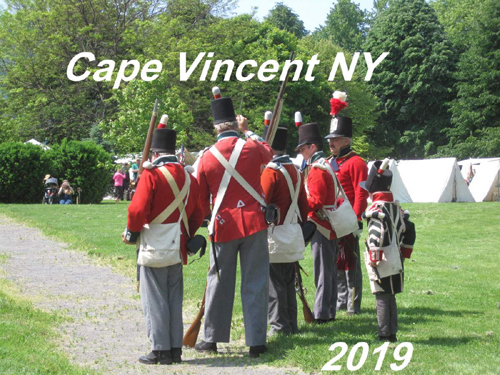 At the invitation of the of Mike Chavoustie and the Cape Vincent Chamber of Commerce IMUC once again crossed the border to bring a little colour (red) to their Historic Weekend celebrating the War of 1812. We were joined by the Glengarry Light Infantry, The Voltigeurs, and The Canadian Fensibles. Royal Navy gunboats, including the Lynx took to the water to soften up the land forces. We were met by American artillery and militia forces, including Forsythe's Rifles from the Ogdensburgh area. Tough small in numbers, we filled the field and added to the excitement in this small New York State river town that is located directly across from Wolfe Island near Kingston.