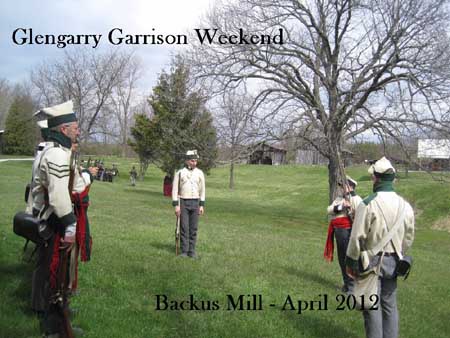 This past weekend we were invited to join the Glengarry Light Infantry at their annual Garrison Weekend .  This year it was held at Backus Mill near Port Rowan.  This weekend gave members of both regiments a chance to work on their line and light drills on realistic terrain.  A bit of rain near the end just added to the realism.  Members of both regiments have supported each other at many events over the years.  Good stories, good food and good friends!  What a great start to the season.


Special thanks to Robin and the Backus Mill Conservation Authority! 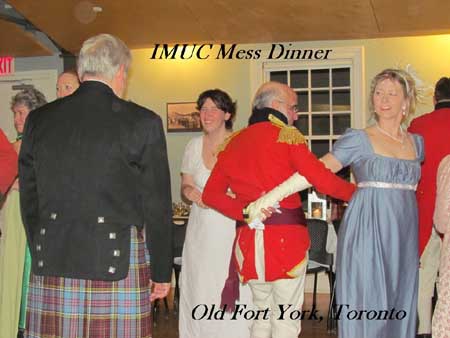 On Saturday April 21, The Incorporated Militia of Upper Canada and The Campfollowers held their Annual Mess Dinner in the Blue Barracks of Old Fort York.  Guests included members of the Royal Dragoons, The Glengarry Light Infantry, The Royal Artillery, The Canadian Volunteers and The Royal Newfoundland Regiment.

Our Guest Speaker was Andrew Flint and his topic was “Port and its role in British Regimental Histories”.

Our own in house musicians – The Murray Music Room – provided period music before dinner and for regency dancing lead by Brenda Lightfoot. The evening activities let us all reconnect in a period appropriate setting after a winter away from the re-enacting. 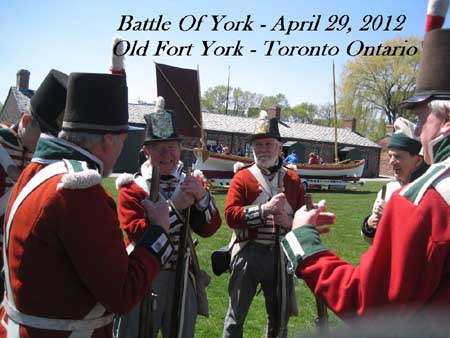 This year marked the 199th anniversary of the Battle of York.  Old Fort York hosted several scenarios to mark the occasion. Regular hard working Fort Staff were very busy with informative tours in and around the fort.  The Period Cooking Volunteers had a full house in the officers’ kitchen.  The Royal Veterans, made up of Fort Cadets from the 70s and 80s drilled under the auspices of Kevin Habib.  The Royal Sea Scout Cadets and their gun crew drilled and explained to the public who they were and what they did.  The Incorporated Militia of Upper Canada was also added to the mix. Each year we use the Battle Of York Day as a final shakedown drill to make sure that we are all ready for the start of the War of 1812  re-enactment season.  It was great to see the fort so well historically animated for this anniversary.