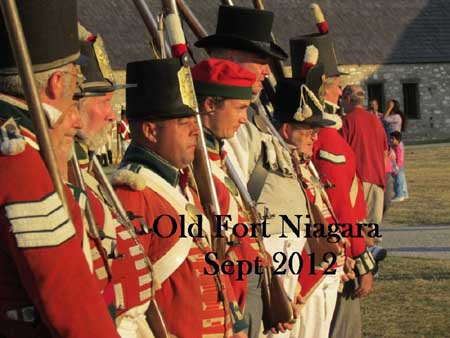 The Reports are in from our IMUC Expeditionary Force with regards to the 1812 event at Old Fort Niagara this past weekend, and all are very positive!  The support from both Fort George and Fort Erie has been excellent.  The Fort George Guard especially, were very well received.  Tourist attendance was good with a great number of tour buses making Fort Niagara one of their stops.  Groups from around the world were given an opportunity to take in some of “our” history.  They certainly loved donning hats and tunics for photographs!

This event is growing and with continued support will be one not to miss in the future. 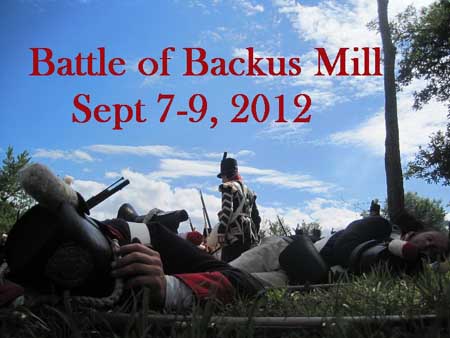 For the first time in a few years the Incorporated Militia of Upper Canada did not portray American militia at the Battle of Backus Mill.  This year the sides were well balanced and we were again in redcoat.  The weekend got off to a soggy start, with lots of thunder and lightning during the overnight.  By 10:30 Saturday morning, the clouds started to thin and we were ready to go.  Three tacticals were held on the field in front of the school house and around the mill.  The terrain is ideal and gives the audience something different to see.


We would again like to thank Robin, The Norfolk Militia and the Conservation Authority staff and volunteers for a well run event. 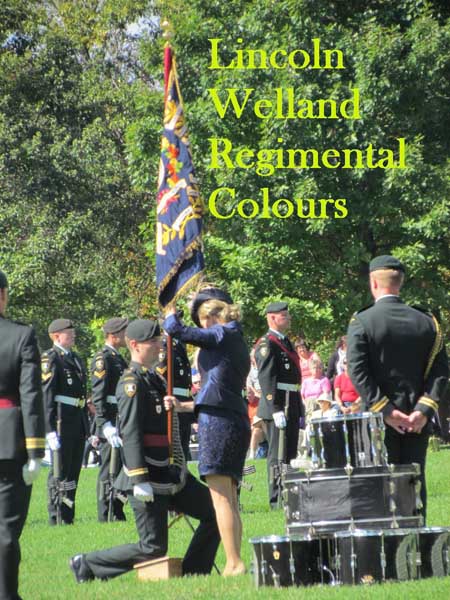 This weekend  was a busy one for the Incorporated Militia of Upper Canada.  It included parading with Princess Sophie and the Lincoln Welland Regiment as they received their new Colours at Queenston Heights AN presenting life in 1812 to almost 1400 school kids in the woods at the fort at Willow Depot near Barrie!


Our own Regimental Colours and members of the line were asked to add a dash of colour at the Lincoln Welland’s ceremony wth the Regiment and  Princess Sophie. The original Lincoln Militia became part of the Incorporated Militia in 1813 and were presented with the Battle Honour “Niagara” for their efforts during the War of 1812.  On this the 200th anniversary of the War of 1812, the government of Canada has bestowed that same battle houour onto the modern Lincoln Wellend Regiment.   Original members of the Lincoln Militia were part of the Incorporated Militia of Upper Canada when it was formed in 1812, and Captain James Kerby of the Lincolns was our first commanding officer.  The present day regiment therefore asked us to attend.  The present day 1812 Lincoln Militia also attended the parade. 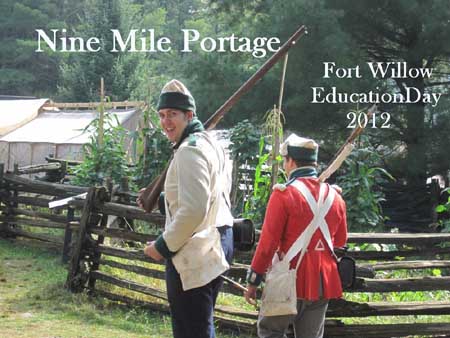 At the same time as the Colours Presentation, other members of IMUC were engaged in the Education Days at Fort Willow in Minising.  We set up Thursday, and despite the rain almost 1400 students, teachers and parents visited the many displays and vignettes set up by the Royal Newfoundland Regiment in Fort Willow.


Lincoln Welland Regimental Colours pictures are C/O Deb Brown and can also be found at:

Fort Willow Education Day pictures can be found at: 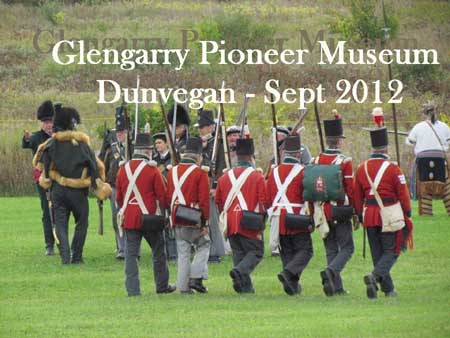 A couple of years ago our friends in the Glengarry Light Infantry convince us to accompany them to the Glengarry Pioneer Museum in Dunvegan Ontario. This past weekend The Incorporated Militia of Upper Canada headed back!  Dunvegan is a tiny hamlet, north of Cornwall, near the Quebec border. We are sure they invented the word hospitality!! If you are ever looking for a small event, where everyone treats you like royalty, head to Dunvegan at the end of September!  The village contains the oldest continuously running pub in Ontario!

We would like to thank all of the volunteers and especially Jim Mullins for treating us so well!

Along with the prerequisite Glennies, our friends the Voltigeurs from the Montreal area, and gun crews including one from Forsythe’s Rifles were in attendance. 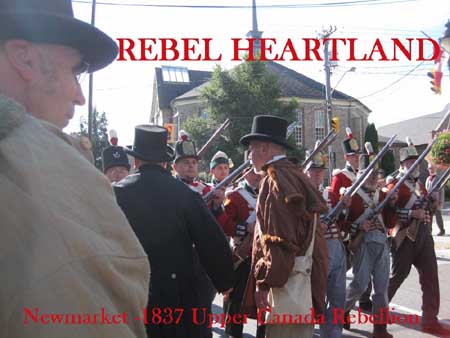 In 1813 The Incorporated Militia of Upper Canada was formed by an act of parliament.  We were disbanded in 1815, after the war.  In 1837, we were recalled to help with the rebellions, but by the time we were ready to help, the rebellions were over!!  Because of this connection to the 1837 we participated in Newmarket’s 175th anniversary of the Rebellions!

Along with the US 22nd who portrayed the “patriots” and the Nancy Gun Crew were local politicians, dignitaries and history buffs.  Large enthusiastic crowds were drawn to vignettes on Main Street, The Farmers’ Market and throughout Fairy Lake Park.  MacKenzie, Lount, Matthews, Roberston, they were all there!