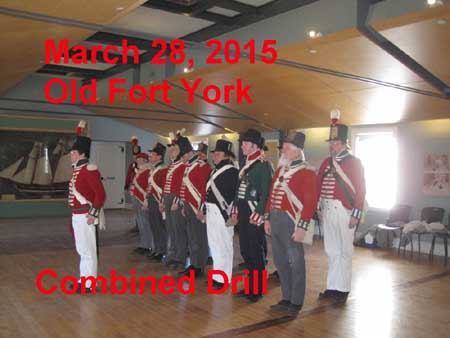 March 28, and it was finally time to shake off the cobwebs, haul out the muskets and belts and head outdoors to Old Fort York for our Annual March Drill. Many more are to follow! This year we were joined by the good folks in the 2nd York Militia. Their men fell in with ours and we held the first, we hope, of many joint drills! As we worked on timing especially, our Campfollowers held their annual spring meeting in the Blue Barracks. They enjoyed the warmth and the atmosphere of the fort as we relished the cold outdoors! Four first-timers with IMUC or the 2nd York Militia were able to obtain their first very basic drill holding their own very well!

Thanks to all those who made today possible.

And so it begins!

We were able to garner a few pictures. These can be seen at: