THE BATTLE OF LONGWOODS 2016

If it is the beginning of May we're at The Battle Of Longwoods! We were welcomed to a re-enactor friendly site c/o The Royal Scots once again! Despite being a historical disaster for forces of The King, we look forward all winter to the start of the season near Delaware Ontario. This was the first time that we entered the annual drill competition and did extremely well!  Well done Lads! 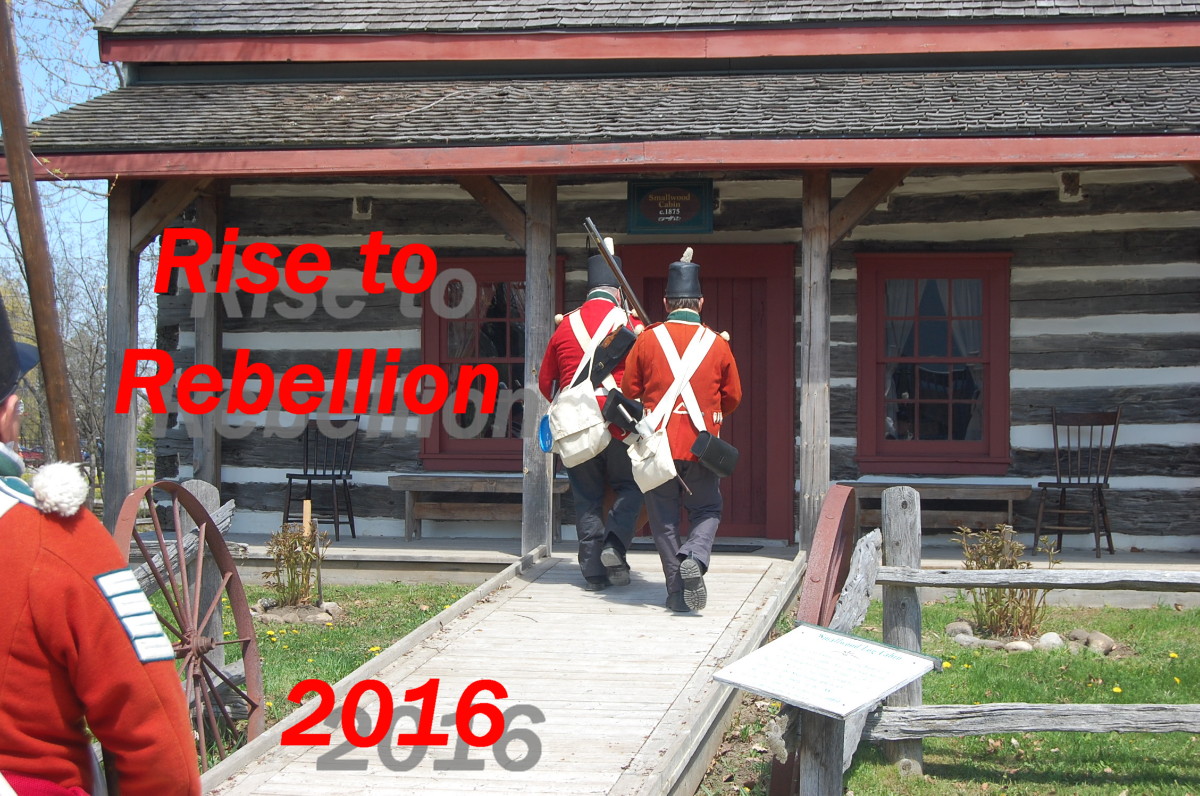 For the last 9 years IMUC has been part of the Rise To Rebellion school program at the Georgina Pioneer Village near Keswick Ontario.  More than 500 local students ., including some from as far away as Sunderland and Lindsay participated in a half day Rebellions Program.  Along with hearing the views  of William Lyon MacKenzine and Sir Francis Bond head, students were involved in Loyal or Rebel drill, English Country dancing, black smithing, and the role of women of the day.

Sides were chosen, speeches given and the short walk down Yonge Street attempted. 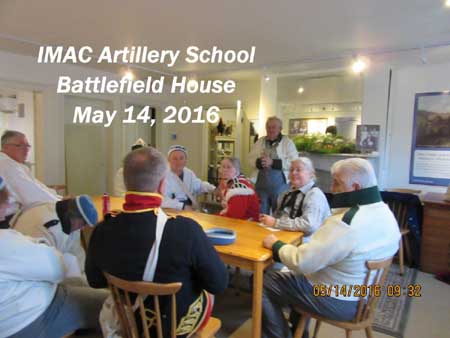 We are expanding!  IMUC now has an Artillery Company – The Incorporated Militia Artillery Company under the Captaincy of Brent Beacroft.  IMAC is also a part of our home group the Military Re-Enactment Society of Canada and parallel to our infantry company, IMUC. The members of IMAC  held their annual Artillery School on Saturday May 14 at Battlefield House in Stoney creek.  The report from one of those attending reported the following.

“Due to the weather and a kids’ birthday party we were unable to drill with gunpowder. However the group was able to do some run through a canon management, drill while in line, learn how to maintain and prepare the canon and how to make the shot for the canon. All in all it was a decent day’s work!”