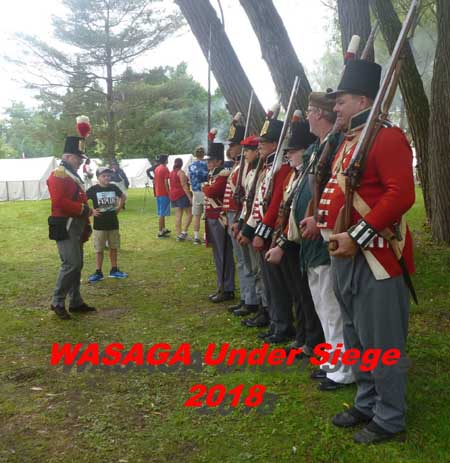 We were once again invited back by the Friends of Nancy Island to participate in their Wasaga Under Siege weekend.  Members of the Royal Newfoundland Regiment, The Crown Forces Drums, The 49th, The Canadian Volunteers, The US 22nd and the Royal Artillery were also hosted on the island.  Displays, demonstrations, the candy cannon, a mini militia, His Majesty’s Loyal Sutlers,  as well as a series of musical performers made up a full schedule on Saturday and Sunday!  As always we were very well taken care of by the Nancy Island staff and volunteers!

Some pictures can be found here: 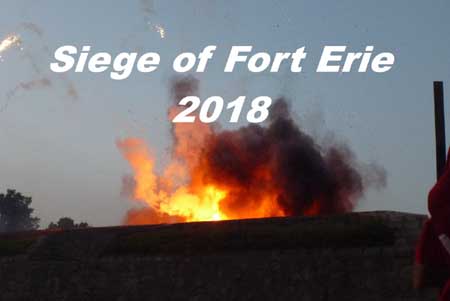 The annual Siege of Fort Erie is always one of the favourites for the Incorporated Militia of Upper Canada and for the Incorporated Militia Artillery Company.  This year was no exception as the fort staff and volunteers continued with the high degree of professionalism we have come to count on.  It was a little warm, but dry canvas at the end of a weekend is worth it!  The cicadas again were out in full force and provided lots of entertainment for our little ones!

Photos co of the IMUC/IMAC/Campfollower Cams can be found at:

Special thanks to Darlene Kingstone, Jacquie Durham and Deb Brown for many of the images. 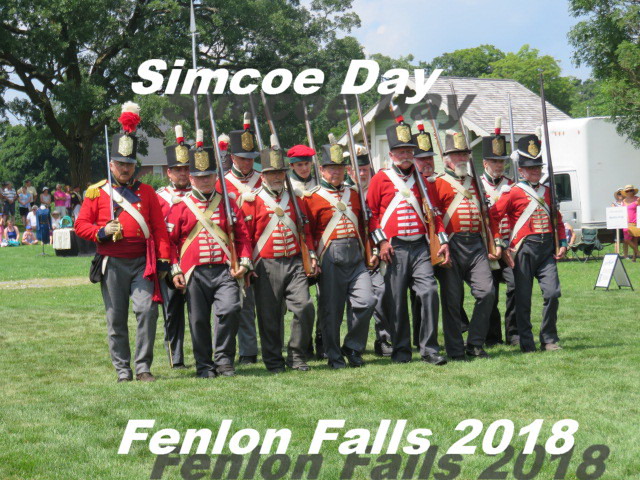 The Incorporated Militia of Upper Canada was invited to participate in the Simcoe Day celebrations in Fenlon Falls Ontario. We set up camp on the island behind the falls between the channel to the lock and the river! It seems the entire town and all its visitors were on site for our three demonstrations and skirmishes! Our camp was open, and members of Our Artillery Company were there to explain the parts and workings of our howitzer! LOTS of people and LOTS of questions!

Some pictures from the Simcoe Day celebrations can be found at:

Being our COs home town, made us feel even more welcome!